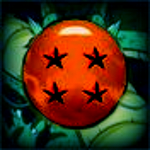 I'm an average guy with problems,don't talk much, isolated and with dreams. Dreams like being loved by who i am, from what i look like , and i really don't know if i should do something good or bad i have plans for the two things. I'm not creative whenever i feel like it, sometimes i can but its rare, it only happens when im with my friends. I'm starting my own manga called "Blade" its going well but i still can't drawn my characters without something to based it of, and i'm trying to be as original as possible it needs to have two things: Demons and Swords... And the main character is called "Shiro Kaminari".

Wouldn't it be nice / beach boys